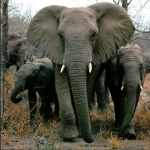 The other day, I was asked how I would describe my ideal clients in three words.

But something in the way the person asked me triggered a longer response. I want to share this with you. I said:

I like to work with people who are thought leaders in their field.

They have somewhat of a warrior mentality, they don’t take no for an answer, they are kind, deeply intuitive and compassionate, a bit straight forward, they can think strategically and independently, have enough people skills to get along with others. They are very creative and a bit out of the box. Sometimes it might seem like they are flying under the radar. But everybody notices that they are doing it. They don’t go unnoticed even if they are hiding. And people like them for that.

They talk a lot.

And they can’t help but know that they are here to make a difference and are willing to do what it takes to claim their space.

They are naturally successful.

Not because they start off with tons of money or because they already know what they want to do  and do it. They are naturally successful because they have the drive and determination to do what it takes to make a difference, have an impact and, as a result, to make tons of money.

Often all it really needs for them is to get the right training and support, and they are on their way.

They are natural leaders because they think differently, they see a different big picture than mainstream people do.

When they look at people, they always see something special, unique and powerful.

They can see through the bull, through the stories, and find something very beautiful, special and unique in every person they see.

and they are not willing to compromise what is important to them.

This might get them into trouble sometimes, and some people might have declared them “unemployable” for that reason. But that’s OK. They didn’t want that job anyways…

The people I love to work with are a bit like me.

They usually land on their feet, but not always. Sometimes it really hurts when they hit the floor.

But they just don’t have what it takes to quit.

They can’t quit when something is important to them.

They pick themselves up, dust themselves off, acknowledge that they are hurt, or upset, or angry, tap through this with EFT.

And then they try again.

Until they get it right.

Until they are there.

They are visionaries. They are thought leaders.

They think outside of the box, but they might not even know that they are doing that.

For them, there are no boxes. There are just opportunities waiting to materialize.

They are really fun to be around.

They listen. They speak.

They might interrupt when they think you’re done or you should be done, because they understand what you wanted to say.

They are really nice, really compassionate. And really, really interested in you doing well.

They are happy to help out. But they don’t want you to take advantage of them.

They expect you to step up and into your own power as a result of working with them.

They carry and support you only so far. Then they send you on your way.

They can’t stand self pity and whining.

Even though they might do this themselves more often than they would care to admit.

They don’t like that they do it. They wish they didn’t.

But then – everybody has stuff to work on, don’t we?

They are OK with not being perfect, because they know that they are constantly finding new ways of improving and growing.

They are excited about every discovery they make.

They love change. They love being different.

They love being the first ones to have a thought, and to lead others as thought leaders with their ideas.

They are really, really good people, often with a huge and rather traumatic story that has shaped them somehow.

They know that this is true and they own that there are things that still make them cry after all these years.

That’s why they respect others: Because they know that everybody has a story that is powerful, often hurtful and rather traumatic on some level.

They know that because they have been there. And they don’t ever compare scars.

They honor each other and they honor their clients.

They are thought leaders, tribe leaders, influencers, who are here to plow their own way.

Now how’s that for an ideal client?

I know it isn’t the three word description that I was supposed to give when asked.