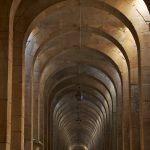 I just got of the phone with a wonderful woman.

For years, she had been trying to balance her business and taking care of her husband. She depleted her energy, and depleted her life.

She started to struggle, and like a drowning person, she began to go after every idea, every “bright shiny object” that someone presented to her as a solution.

Whenever she tried to implement an idea, she had more ideas.

She started, and then stopped.

She lost confidence in her ability to follow through.

She lost confidence in her deservingness to ask for help.

She began to make fun of herself in public, playing small, making jokes about things that hurt her.

She began to become a “moving target”.

Whenever someone offered help, she came up with an excuse why she couldn’t take it.

One day it was her finances.

Then next day it was her health.

The next day it was her children.

The next day it was her home, her dog, her …. you get the picture.

She just couldn’t say “yes”, no matter, what

She was longing for help and support.

She spoke up in groups, sharing her struggles.

She told everybody about the closed doors that she found.

She was frustrated about sitting on a goldmine, on her life’s accomplishments, and not making money doing what she loved.

But she could never say “yes” when someone offered help.

Eventually, the people around her began to be frustrated.

They had opened doors for her.

They loved her and her great energy.

They loved her great ideas.

They loved her personality.

They cared, and offered support.

But she never said “yes!”

Asked why she couldn’t decide to change her situation, she said “because I am scared.”

She said “Because I don’t trust anybody.”

“Because I don’t want to be needy.”

“Because I think I have to do other things first.”

Taking that first step to say “Yes” is the scariest moment.

It takes courage. It can take everything we’ve got.

But until we say “yes” when someone offers help, we will continue to go into the direction that we find ourselves in.

My heart breaks when I know that someone would like to say “yes” but is held back by fear.

There is nothing I can do for her unless she says “yes” to receiving what she needs.

As a coach, I have to honor somebody’s free will to say “no”.

It is not my place to make that decision for them.

But watching gifted and talented healers and coaches run on empty because they don’t have the courage to step up for themselves is hard.

Sometimes, I am just sad…